“If you are losing faith in human nature, go out and watch a marathon”
Kathrine Switzer – 26.2 Marathon Stories

Although my preparation started 10 weeks later than I wanted because of my dodgy hip, I could not have picked two better places to begin training – New York and Boston. I was only in town to work/study/socialise, and it was below freezing for most of the week, so not perfect conditions, but I couldn’t pass up the opportunity to run in two of the most hallowed places for distance runners, particularly so close to the Boston Marathon. Indeed, the quote above is from possibly the most famous Boston winner, and a true running pioneer.

Whenever I go away I try to fit in at least one run, especially in the U.S. where there is too much of a temptation to over-indulge (pizza and American craft beer are my kryptonite). It is also normally the only chance I get to see the place that I am visiting apart from the inside of a hotel / conference room / airport.

At 10 days, this trip was by far the longest that I had been away from my family since the breakdown. It involved giving presentations, socialising with people that I didn’t know well (or at all) and intense study in an intimidating environment, all situations that I struggle with, particularly without much sleep. This made it all the more important to switch off my mind the only way I know how; by running.

The runs were gentle and not particularly far, which I was actually proud of as it is very unlike me to show such restraint during recovery from an injury.

The first run was along the Hudson River Greenway, up the westerly side of Manhattan.  The second was not technically in Boston, but in nearby Cambridge – “From Cambridge to Bognor” did not have the same ring to it.  I was attending a course at Harvard for the week (check me out), and one of the pre-course materials they provided was a running map.  Despite the map and obvious landmarks, I almost became the first person to visit Cambridge and not see the river.  I was very glad that I did though – my photo does not do justice to the life-affirming beauty of the sun setting over the frozen Charles, mainly because I went out in short sleeves so had lost all feeling in my arms by that point.

For week 2 I was in the slightly less glamorous location of Butlins in Bognor Regis.  From a running perspective, the two places did however have a lot in common, as I was again able to run alongside water, on flat and predominantly car-free routes, in the sunshine.  If you are looking for Murakami’s void, or need to blow away the cobwebs, then you can’t get much better than a run by the sea.

My diet and alcohol consumption were also similarly unhealthy, so much so that I was craving wholemeal bread and plain vegetables by Friday. I’ll stop drinking next week I promise… 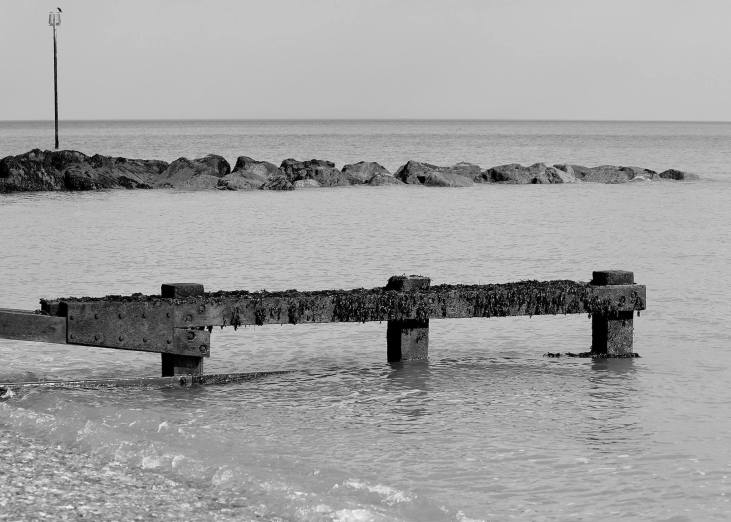 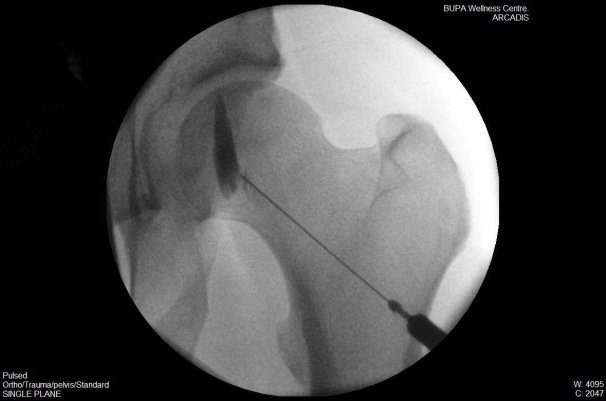 “Pain is inevitable, suffering is optional”
Unknown (but definitely not Buddha)

Particularly if you are me (at least the first part)…

In addition to the idealistic reasons for writing this blog, one of the main drivers has been to stop me climbing the walls while recovering from the latest in a long line of injuries. Despite Mont Blanc Marathon only being 10 weeks away, I have managed no more than a dozen runs since October 2014, after giving myself capsulitis (basically a frozen hip), in a vain attempt to build a rudimentary level of upper body strength after slipping mid-way through a single-leg press up. The picture above is an x-ray of the cortisone injection that I had in my hip joint, on my birthday, earlier this year. It was by far the most pain I’ve ever experienced, at least physically. Hardened athlete that I am, I cried a little, almost passed out twice, and had to hold the nurse’s hand for most of the procedure.

In fact, this picture, or at least my attitude to it, was what finally made me start the blog. I happily posted the x-ray, of an intimate part of my body, during an incredibly painful procedure, on social media without a second thought.  However, at that stage I had not mentioned anything about my breakdown or struggles with depression. I felt compelled to share a great article by Yvonne Roberts about male suicide (http://gu.com/p/45t9n/sbl), particularly as it was written almost exactly a year after my breakdown, but it took me three hours to pluck up the courage to post it. As a strong believer that mental illness shouldn’t be talked about any differently to physical illness, I realised that not re-posting or telling people about my experiences would be hypocritical in the extreme.

Unfortunately, capsulitis was not my first injury, and definitely will not be my last. Except for an unavoidable IT band inflammation, and plantar fascitis, most of my injuries have been self-inflicted.  I have managed to do the following while exercising:

Like many amateur running obsessives, I am a terrible patient. I am grumpy, irritable and as soon as I am able to get back to it, I ignore doctor’s/physio’s/partner’s advice and try to pick up where I left off with my training.  One of the few advantages having an illness like bipolar disorder is that I can blame faults like this on the illness, rather than my own natural impatience and lack of discipline.

PS – I was tempted to write this week about a certain former Apprentice contestant and Hitler impersonator’s tweets about depression but: (1) I didn’t want to give her the satisfaction of mentioning her name, or by repeating her abhorrent and potentially dangerous opinions; and (2) Jenny Bede has already published a much better response than I ever could in her brilliant Marathon Woman blog in the equally brilliant Standard Issue magazine: http://standardissuemagazine.com/health/marathon-woman-weeks-11-12/.

This post is brought to you with massive thanks to Mike Davis and the rest of the team at HFS Clinics (http://www.hfs-clinics.co.uk/), for getting me back to running as quickly as possible on a regular basis.